The mixture of raw concrete facades with antique style columns was nicknamed “Red Dorica” ​​in the 1920s-1930s – a true “revolutionary” style. But where can you find such buildings nowadays?

The years following the Bolshevik Revolution of 1917 were marked by freedom: from servitude, from tsarist repressions, from the old regime. The architects of the time evoked a vision of ideal houses, as well as entire towns, adapted to the new daily life of the proletariat. This avant-garde wave gave birth to the new fashion, known as “proletarian classic” (or red Dorica), which combined within it elements of a then fashionable constructivism and classical ancient architecture. The trend would later inspire “Stalin’s empire style”.

The father of the new stylistic movement was architect Ivan Fomin (1872-1936), well known for his neoclassical mansions during the Tsarist years. The dacha he designed for diplomat Aleksandr Polovtsov, with its Greek porticoes and large colonnade, is considered a style benchmark in Russia. While, during the revolutionary years, he adapted the classical Greek and Roman order to the laconic facets of constructivism.

One of his most famous works in Moscow was the “Dynamo Society” building on Lubyanka Square (1928-1931), jointly built with Arkady Langman – the designer of the Gosduma building. On the one hand, the building is an example of the type of constructivism we expected from this era, with its round lighting windows and precise geometry. However, the facades reveal rows of coupled columns without a base – a classic example of an ancient Doric order. 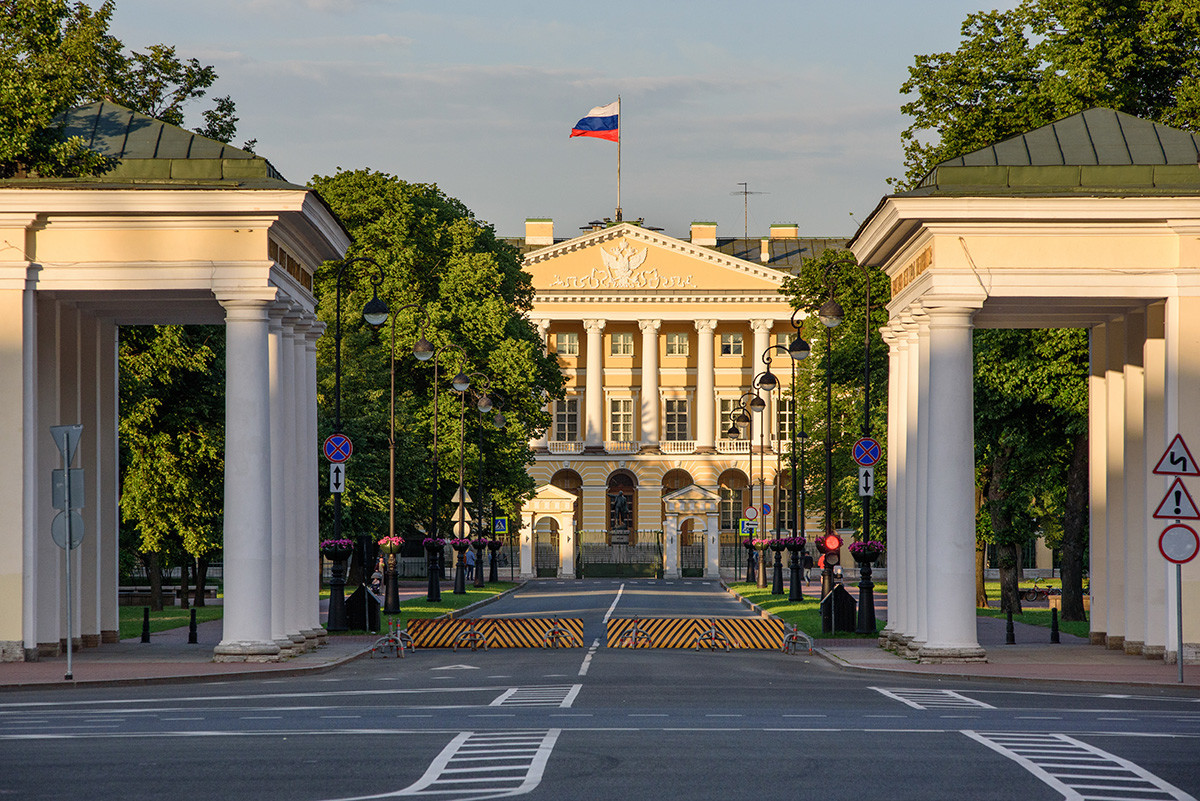 From 1919, Fomin led the urban development program of Petrograd (now St. Petersburg), injecting his ideas into the city and giving new perspectives on the classic. Together with his student, Lev Rudnev (the author of the building of Moscow State University), he worked on the “Field of Mars”, the memorial to the victims of the Revolution. There is a flowerbed in front of the Smolny Institute (now the residence of the Governor of St. Petersburg) built by Vladimir Schuko and Vladimir Gelfreich (future supporters of Stalinist architecture). It consists of two tall doors with five columns which are characteristic of ancient Greek architecture. The propylaea contain the inscription in gold: “Workers of the world, unite! and “The first soviet of the proletarian dictatorship”. 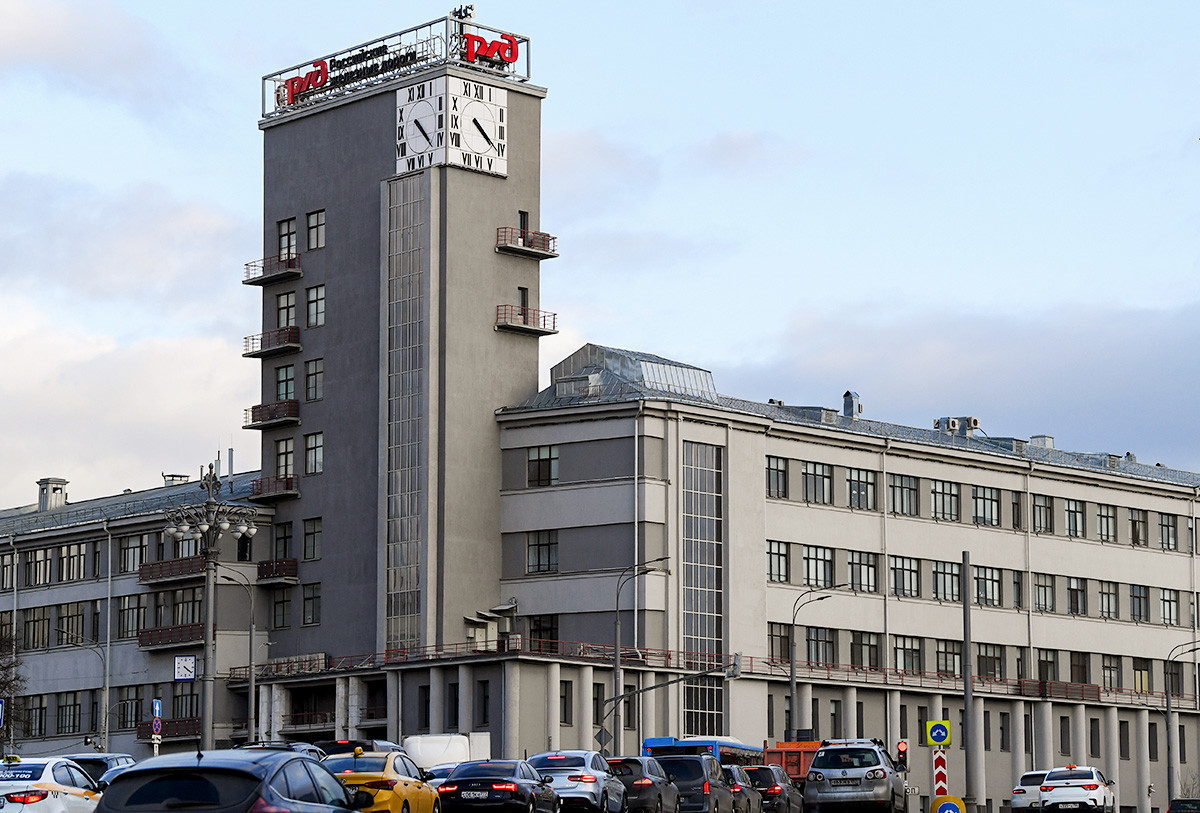 The old buildings have also been redone in the revolutionary style. The Russian Railways building in Krasnye Vorota was built in the 18th century as an office building of the palace. However, in the 1930s, Fomin turned it into a supremacist locomotive, adding laconic columns to the facade.

A model of a proletarian city 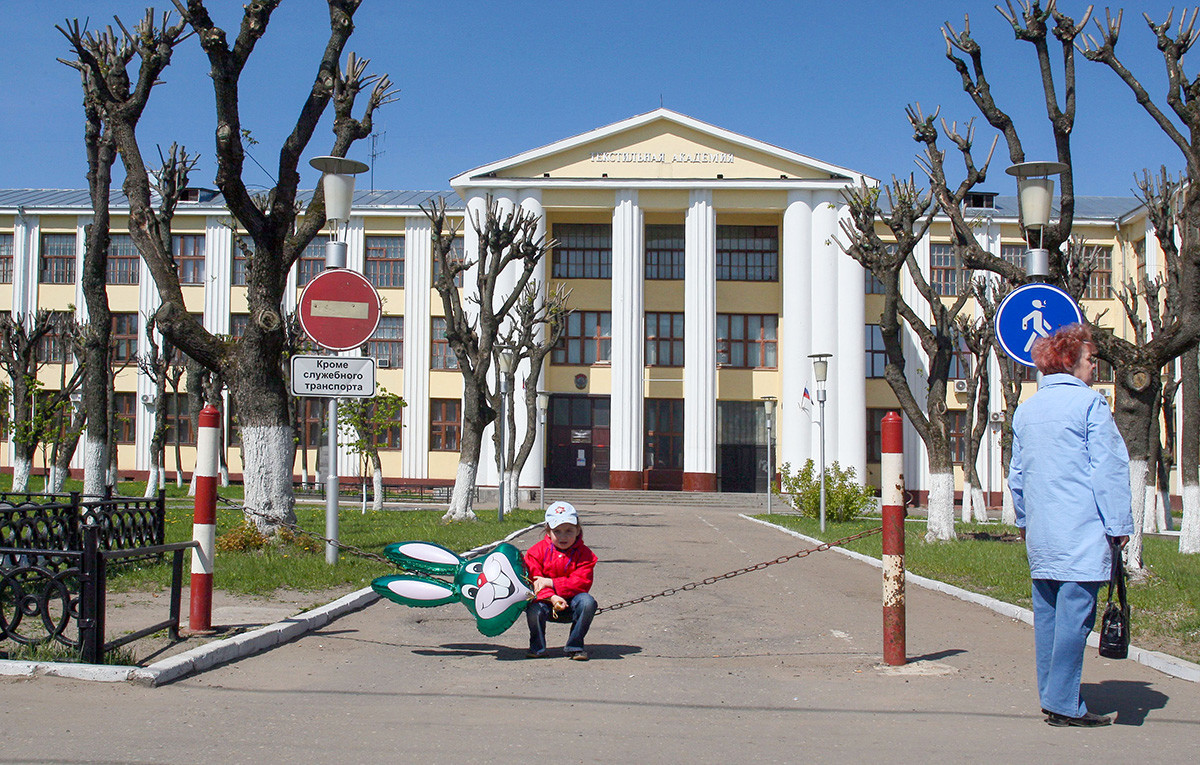 The city where Fomin’s ideas really took off is Ivanovo, the textile capital of Russia. They called it a model of a proletarian city for its abundance of avant-garde architecture: there are the communal houses, the “metaphor houses” (built to look like animals, ships, horseshoes) and , of course, the “proletarian classics”. Fomin’s ideas were also used in the design of educational institutions in the city. 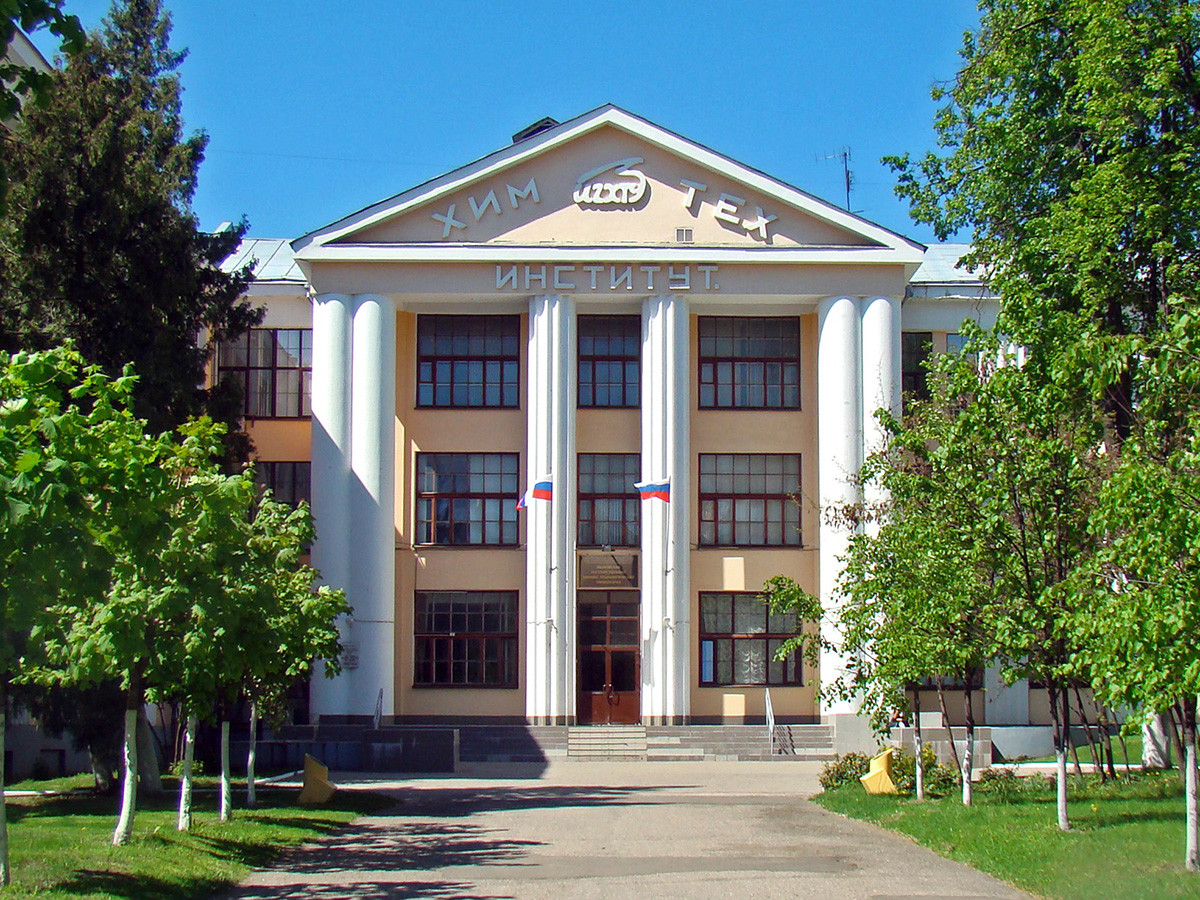 Among them are the University of Chemistry and Technology, the University of Energy and the University of Textiles. All buildings form a courtyard, with the ends facing the street. The interior decoration is very laconic, there is no excess; although the facades are all done in an antique style, with columns. 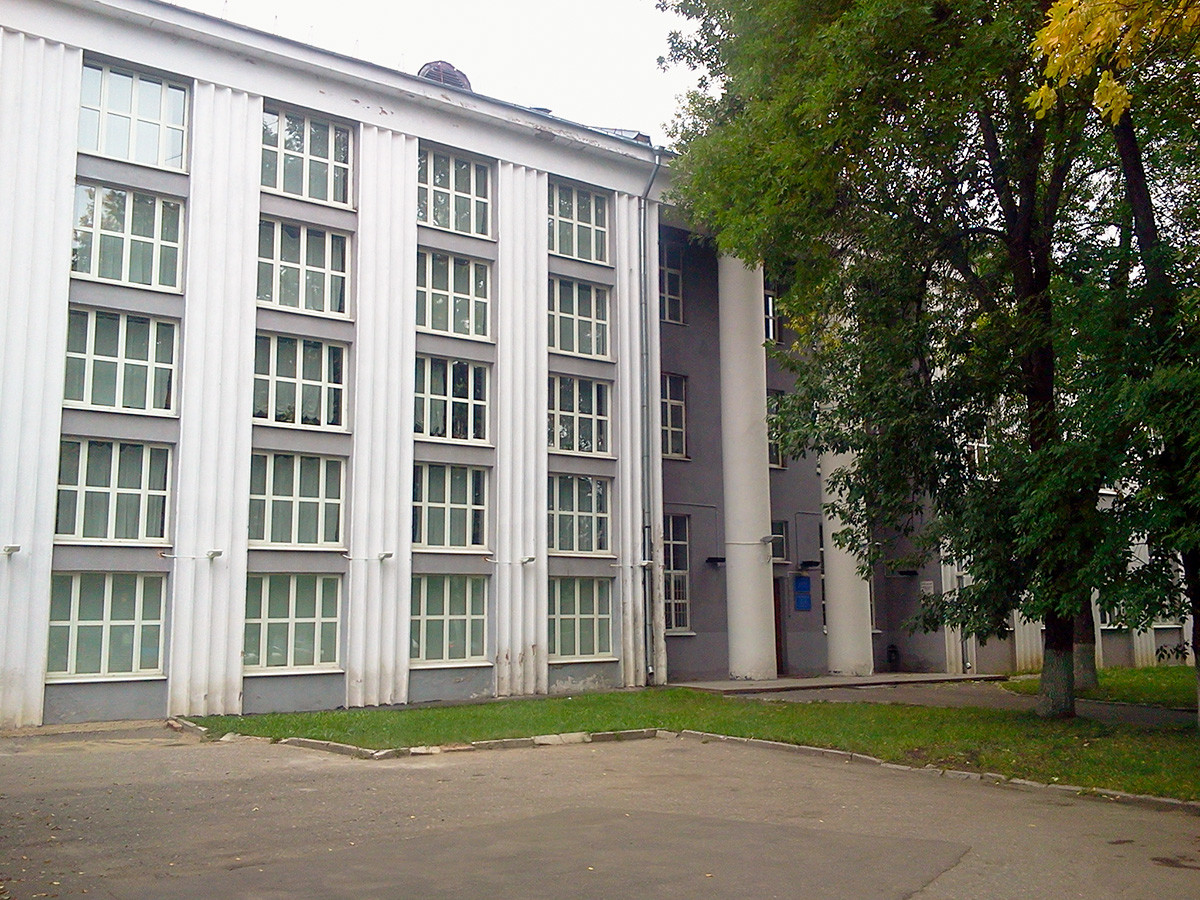 The courtyard contains the Ivanovo regional science library in the same style. In this way, Fomin achieved the creation of an entire university district. 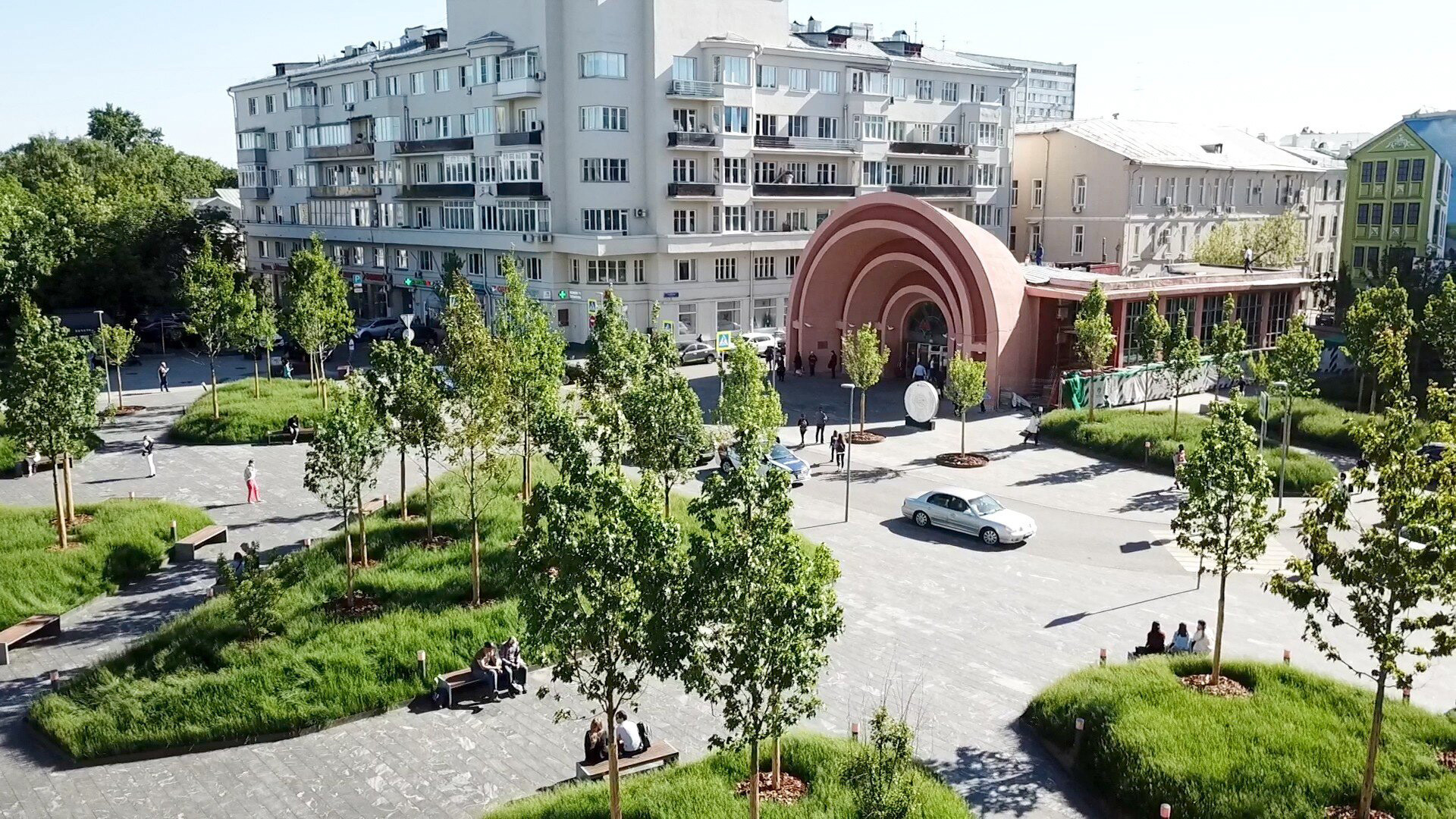 It was not only the buildings that were built in the classical proletarian style, but also the Moscow metro stations – the main ones of which are Krasnye Vorota (1935) and Teatralnaya (1938), marked by massive pylons and vaults. 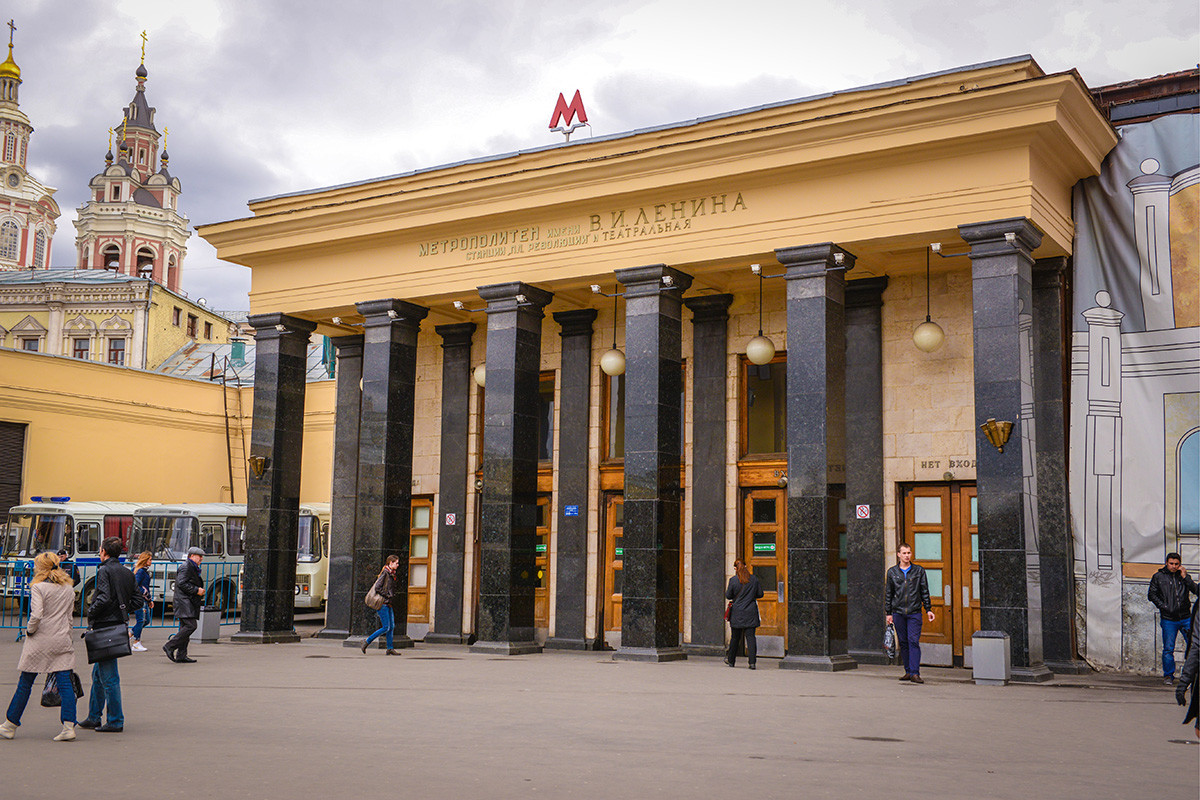 Although Fomin was the designer of both stations, Teatralnaya (called “Ploschad Sverdlova” at the time) was completed by his pupil, Leonid Polyakov. The ideologues of the Red Dorica believed that a new Soviet architecture should be based on the classic, but at the same time, be more robust and brutal in its geometry. Already in the mid-1930s, architects – among them Fomin’s students – were switching to neoclassicism, adding new life to the strictly proletarian style: the era of Stalinism had arrived in the USSR!

If you use all or part of the content from Russia Beyond, always provide an active hyperlink to the original content.