Nyugati station is to be renovated according to the plans of a world famous British architectural firm, and we can finally see the visual plans.

As we can read in Helló Magyar’s article, Grimshaw Architects, a world-renowned British architectural firm, has won the design competition for the new Nyugati station. Among many other projects, they have designed train and subway stations in London, Melbourne, Los Angeles and New York.

“Nyugati Station is being redesigned into a modern, three-storey, partially underground, 21st century station. A new railway hall will be built on the surface behind the Halle Eiffel, and a 6-track underground station will be built underground, allowing the station to accommodate many more trains.

Balázs Fürjes, state secretary for development of Budapest and the metropolitan agglomeration, wrote in a Facebook post on March 26. 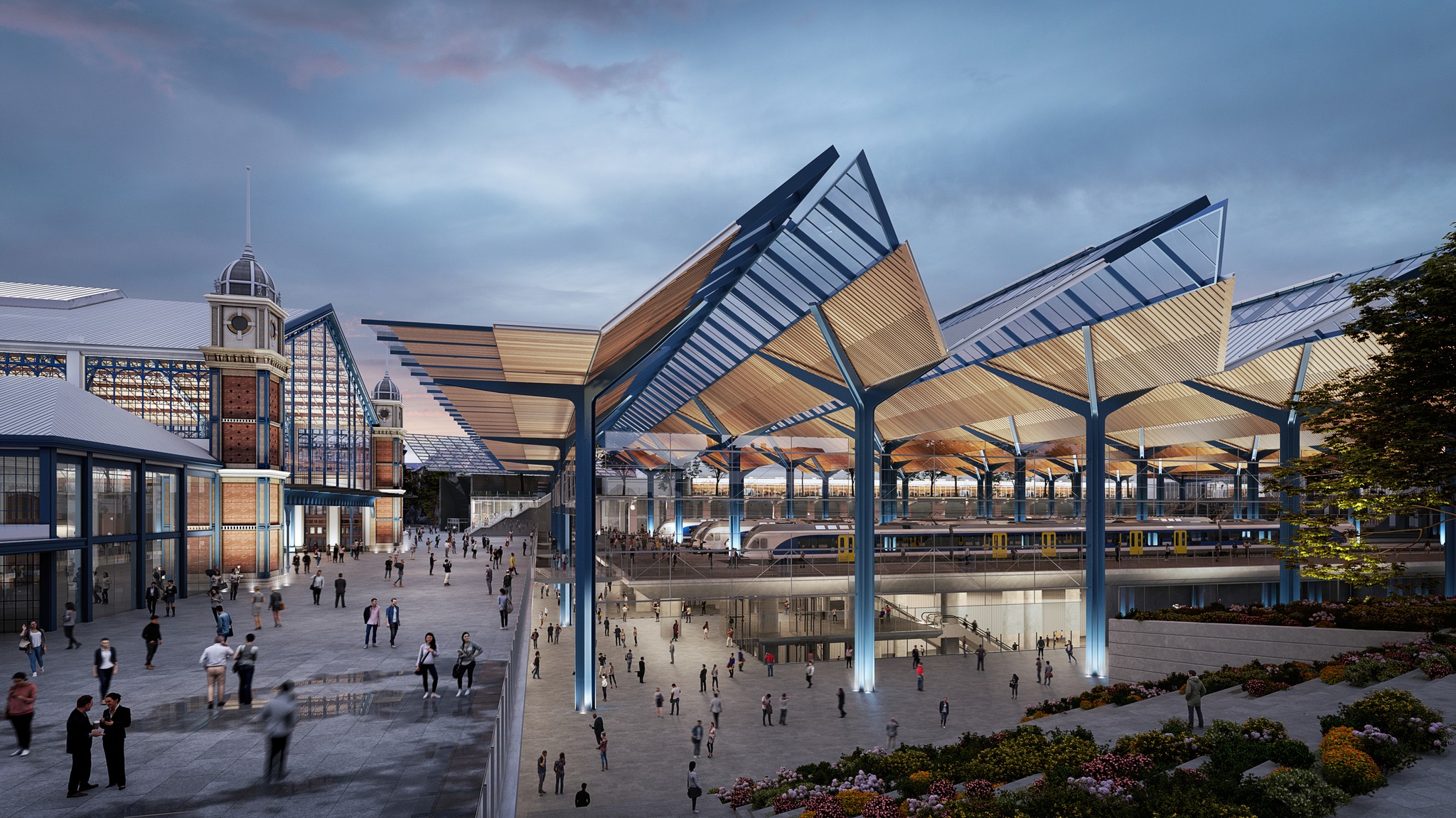 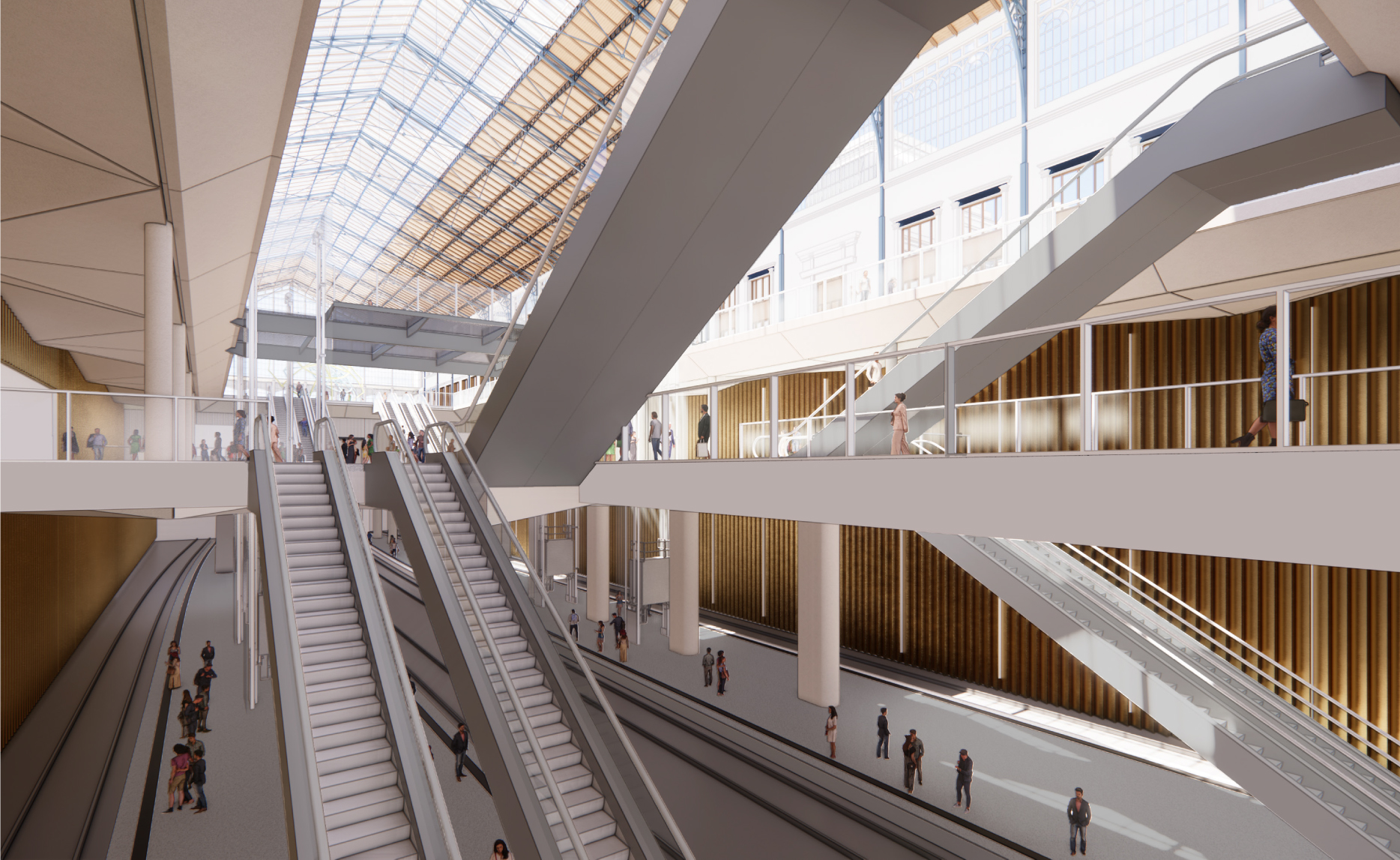 The modernization will create new entrances to the station, with easy access from Eiffel Square, Podmaniczky Street, Ferdinand Bridge and Westend.

A new, long green park will be created from Nyugati to Városliget, along Podmaniczky Street.

The 17-hectare recreation area will include an athletics track and several community sports fields. For families, there will be a play area for children of all ages, with restrooms and changing tables. 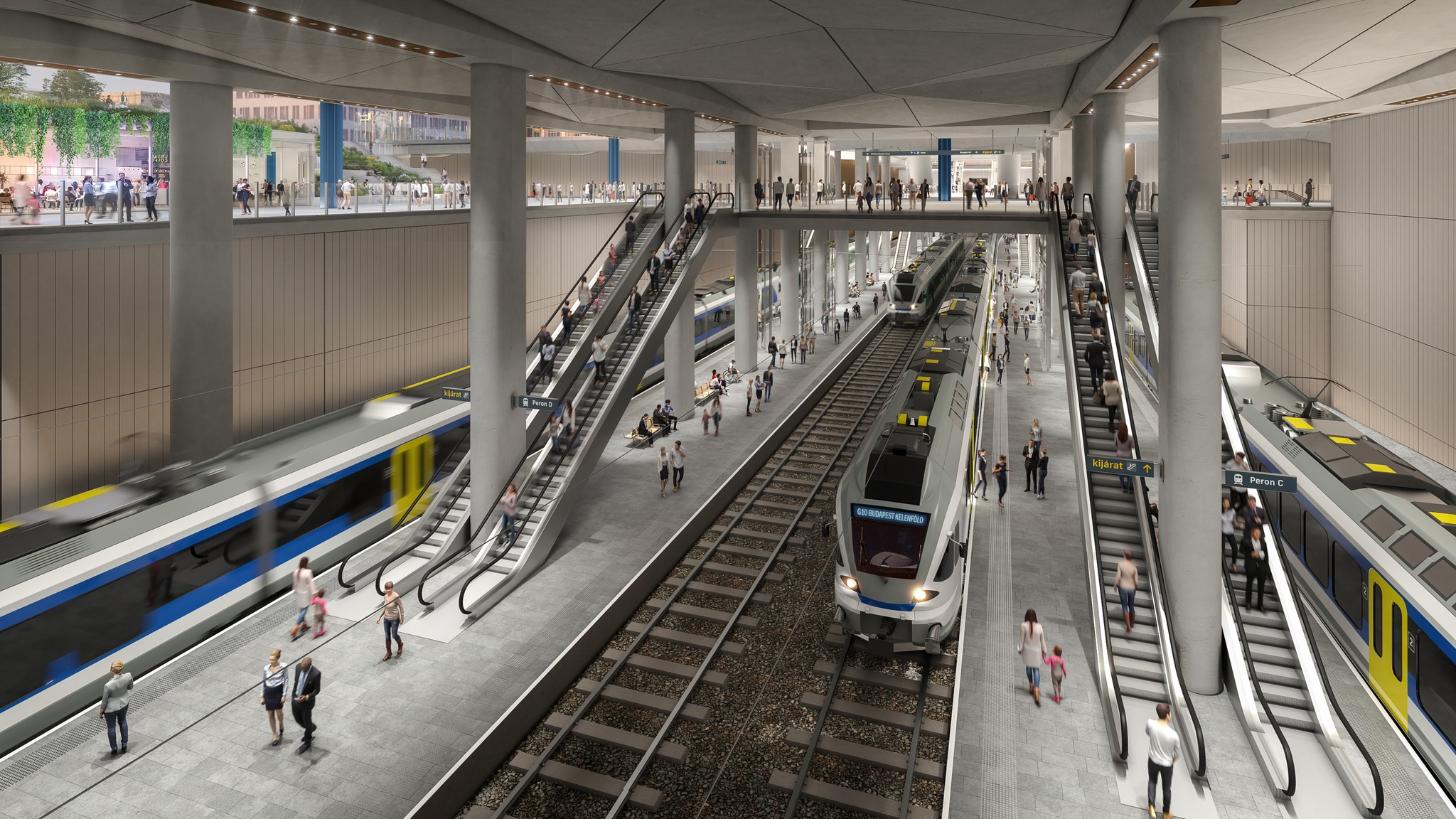 A dog park and large recreational green spaces will be created and new vegetation will be planted. The park will be lined with new buildings which will also serve as a noise barrier towards Terézváros. The industrial heritage building of the locomotive shed will be used for cultural purposes.

The car park and bus station will move away from Westend.

In their place, a welcoming green space, with trees and quality street furniture. The road bridge at the intersection of Nagykörút, Váci Street and Bajcsy-Zsilinszky Street will be demolished. 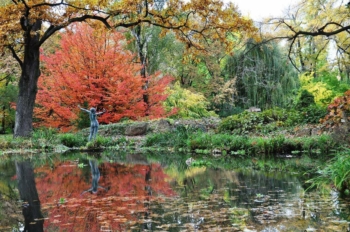